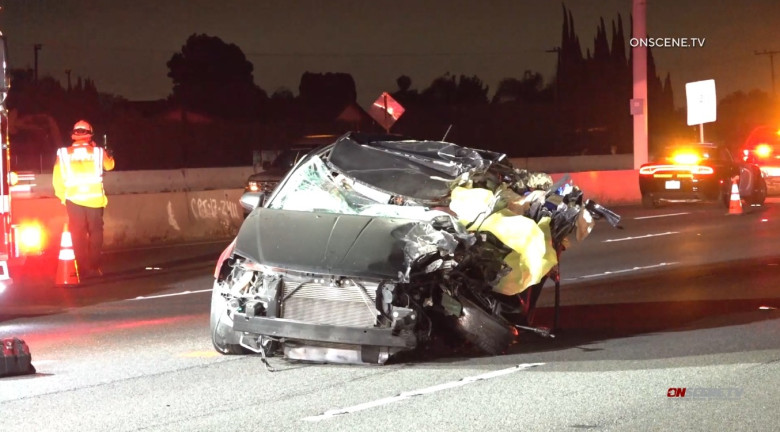 One person was killed and two injured following a car accident on the 405 Freeway in Huntington Beach on Thursday, April 30.

According to police, at approximately 10:40 p.m. Caltrans (California Department of Transit Workers) contractors operating our of a truck towing a traffic-control sign were setting up a closure on the southbound lanes of the 405 when they were struck by a sedan.

The driver of the sedan was found dead at the scene after having hit one worker outside of the truck as well as the truck itself which held another Caltrans worker. Both workers were injured (one with a broken leg) and taken to a local hospital.

Police stated that the fatal truck accident occurred after the sedan drove into a closed-off area and hit the truck before hitting the center divider.