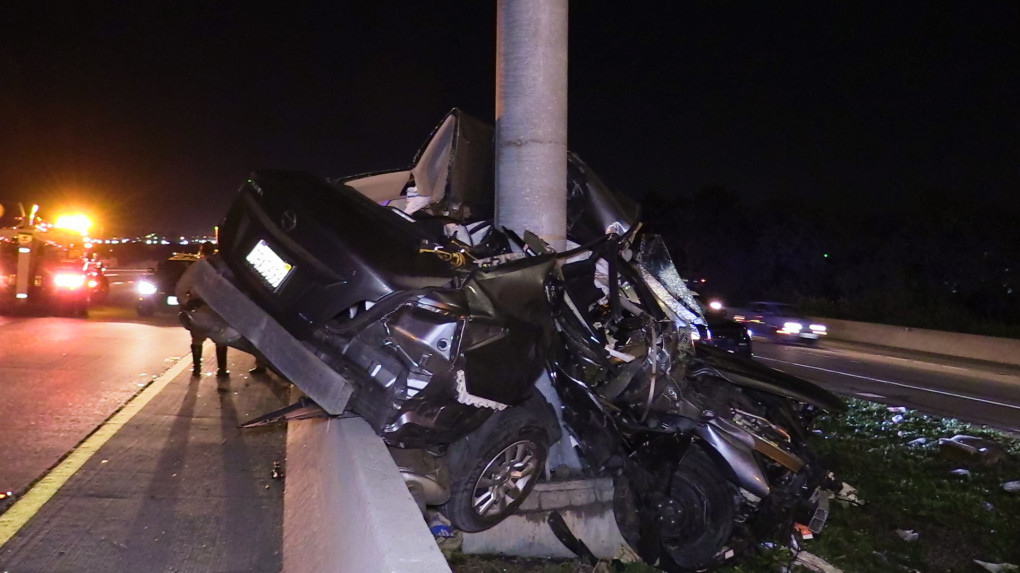 The 405 Freeway in Irvine was the scene of a tragic and deadly car crash on Tuesday, Oct. 29.

Emergency medical personnel arrived at the scene of the lethal car crash at approximately 9:52 p.m. in the 405’s northbound lanes near Irvine Center Drive. Soon after their arrival the coroner’s officials were also called.

The identities of the two people killed in the fatal car accident have not yet been released. The California Highway Patrol’s investigation is ongoing into the circumstances leading up to the car crash, but their preliminary reports indicate that a car with two people in it hit a sign and then somehow came to rest on top of the center divider of the freeway.