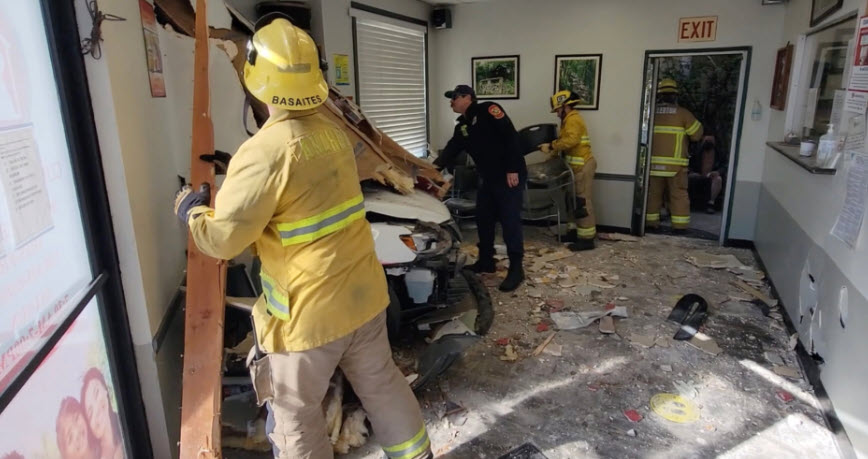 Eight people were injured after a vehicle crashed into the lobby of Clinica Mi Pueblo, a medical clinic in Anaheim on Sunday, Jan. 22

According to police, at approximately 1 p.m., a driver reportedly lost control of their vehicle heading northbound on Anaheim Boulevard and collided with the clinic on the corner of East Sycamore Street. One of the victims sustained major injuries, while the other seven reported minor to moderate injuries.

Police said drunken driving was not suspected in the car crash but an investigation is ongoing.