Car Hits Back of Semi-Truck in Wilmington Killing 2 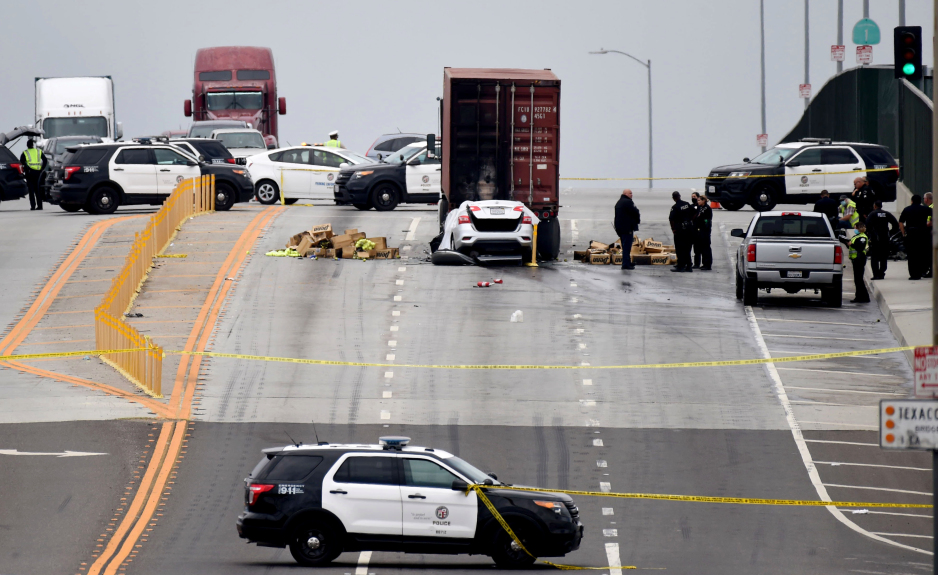 Two people died in a crash after their vehicle slammed into the back of a stopped semi-truck in Wilmington at around 10:30 a.m.

According to police, the driver and passenger of the vehicle that crashed into the stopped semi-truck died at the scene, on Pacific Coast Highway near Alameda Street.

Firefighters responded and extinguished a fire caused by the crash.

The two people who were found dead at the scene of the fatal car crash have not yet been identified, but both were in the silver sedan.