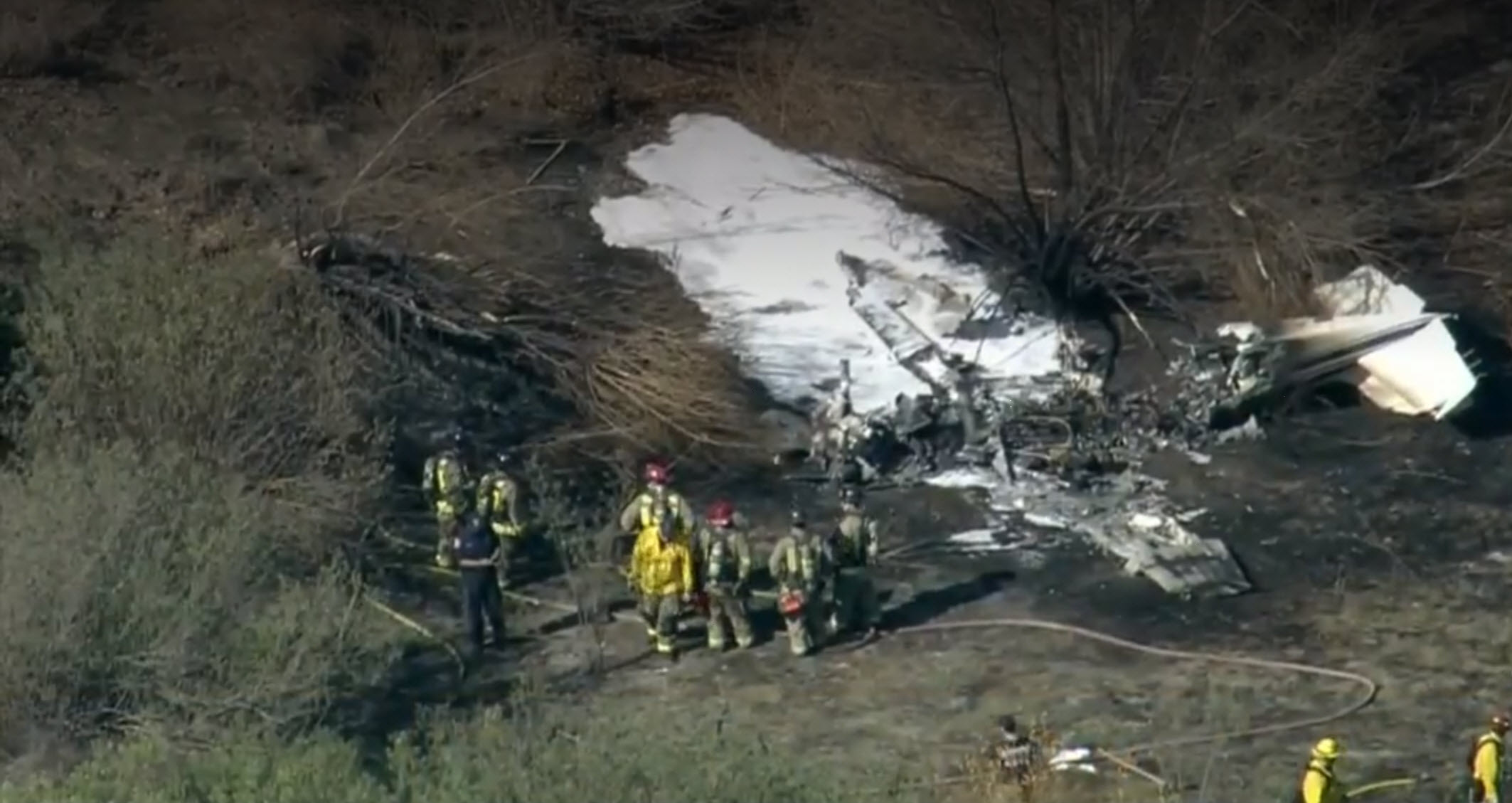 Four people were killed when a small plane crashed at the Corona Municipal Airport in Riverside County, California. The local fire and police department responded to the airport just after 12 p.m.

As the single-engine plane was taking off it failed to get airborne. The small plane then crashed through a fence and hit a barrier east of the airport. The plane, carrying 80 gallons of fuel, then flipped over and caught on fire.

“He [the pilot] didn’t pull back and he was too fast on the runways,” pilot Dorothy Voll, who witnessed the airplane accident. “Then he flipped, and then everybody was running, and it started on fire, and then it had two explosions which probably were the fuel tanks.”

There has been no immediate word on a cause or model of the plane or names of the victims. Both the Federal Aviation Administration and the National Transportation Safety Board have been called in to investigate.