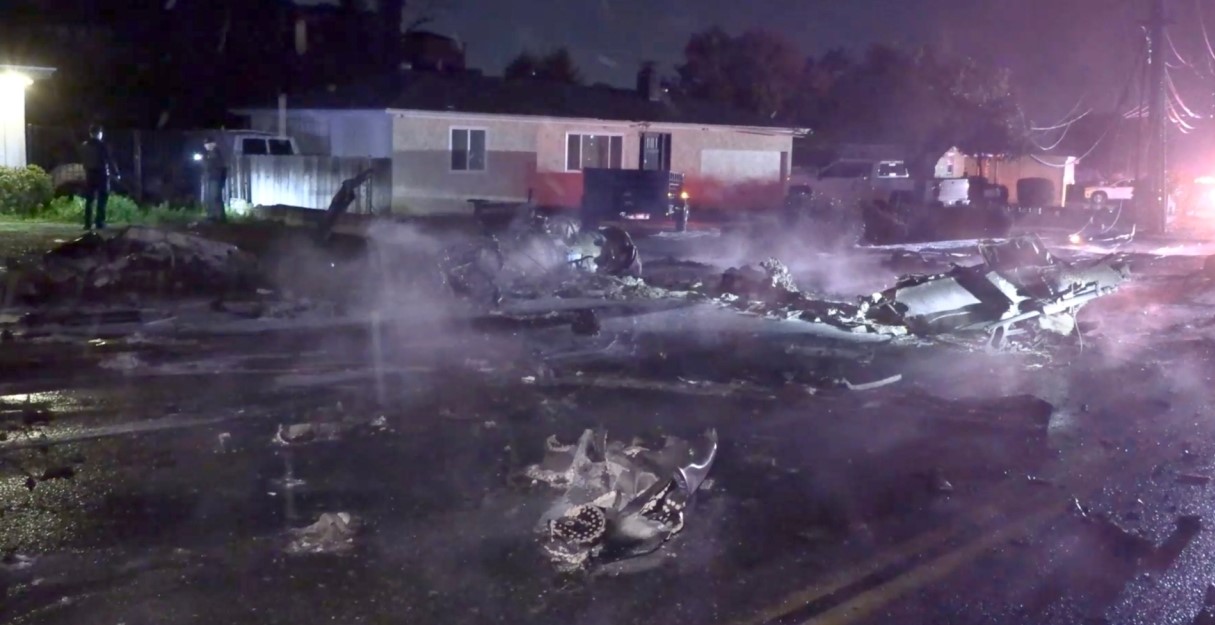 Douglas James Grande, 45, and Julian Jorge Bugaj, 67, were among the four killed in a plane crash in a San Diego plane crash.

The fatal plane crash occurred Monday, Dec. 27, after a Learjet 35 that had taken off from John Wayne Airport crashed in a residential San Diego County neighborhood.

According to police, Grande and Bugaj were both residents of El Cajon and certified pilots.

The Learjet was registered to El Cajon-based Med Jet LLC, according to Federal Aviation Administration records, and all four of the victims were employed by Aeromedevac, according to the company. Aeromedevac, also based in El Cajon, provides air ambulance and air-transport services for critical care patients.

Laurie Gentz and Tina Ward were identified by colleagues or respective organizations as the two other victims involved in the San Diego plane crash.

Gentz served as the president of the International Association of EMTs and Paramedics’ Local 162, according to the association.

“President Gentz will be greatly missed by all who knew her and all who benefit from her selfless contributions to organized labor in the Greater San Diego area,” the association wrote in a Facebook post.

Ward was a flight nurse and the wife of recently retired Oceanside Fire Chief Joe Ward, according to an Instagram post from the Oceanside Firefighters Association 3736.

The Learjet was operated by Med Jet LLC, according to a FAA report filed on Tuesday, Dec. 28.

The cause of the tragic plane crash is currently under investigation by the National Transportation Safety Board.