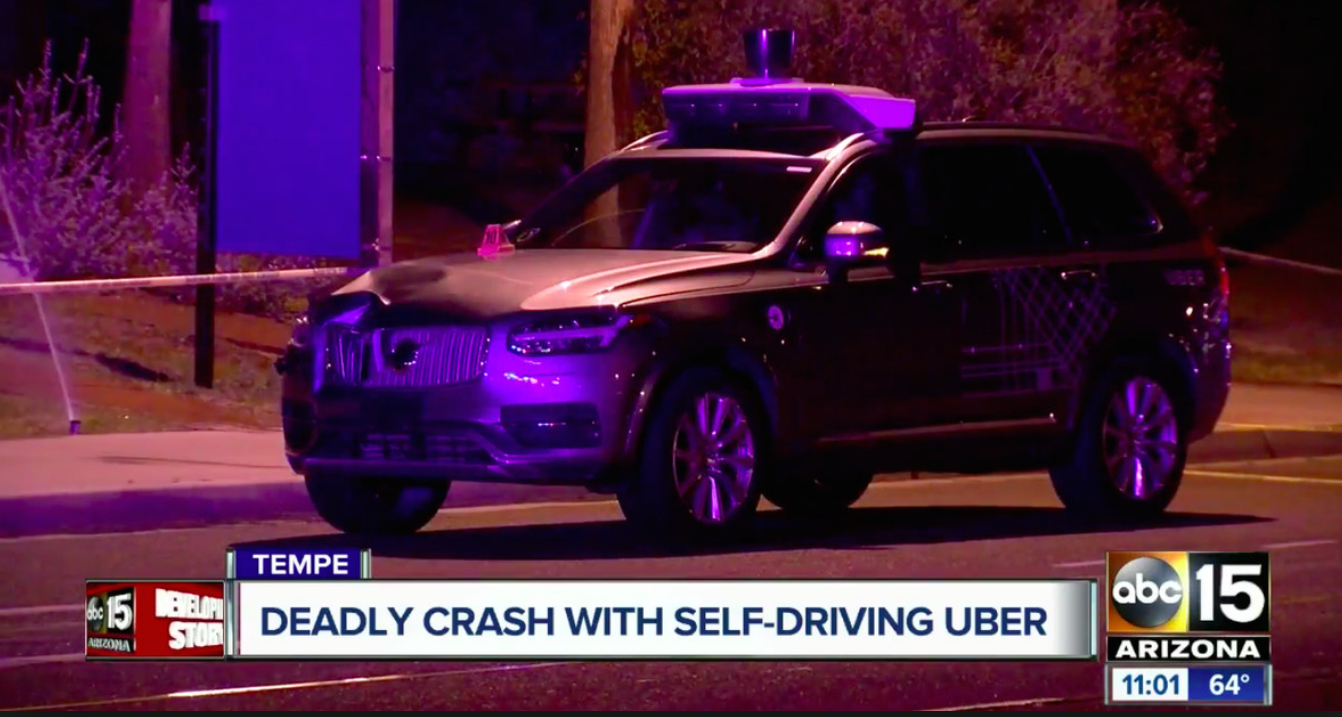 More trouble for Uber recently, as police in Tempe, Arizona said evidence showed the “safety” driver behind the wheel of a self-driving Uber was distracted and streaming “The Voice” television show on her phone right up until about a half second before a fatal accident in March, where 49-year-old pedestrian Elaine HeWrzberg, who was walking her bicycle across a dark street, was killed. The Tempe police released a video showing the moment of impact.

The Uber car was in autonomous mode at the time of the crash, but Uber requires a back-up or “safety” driver in the car to intervene when the autonomous system fails, or a driving situation occurs which requires manual intervention. While the victim was difficult to see, autonomous vehicles are supposed to detect obstacles in the road. The driver, Rafaela Vasquez, could be charged with vehicular manslaughter, though charges have not been filed yet. Police stated that, based on testing, the crash was “deemed entirely avoidable” if Vasquez had been paying attention.

Police obtained records from Hulu, which showed Vasquez’s account was playing the television talent show “The Voice” the night of the crash for about 42 minutes, ending at 9:59 p.m., which “coincides with the approximate time of the collision,” the report says.

According to the Tempe Police report, Vasquez looked up just 0.5 seconds before the crash, after keeping her head down for 5.3 seconds. Uber’s self-driving Volvo SUV was traveling at just under 44 mph.