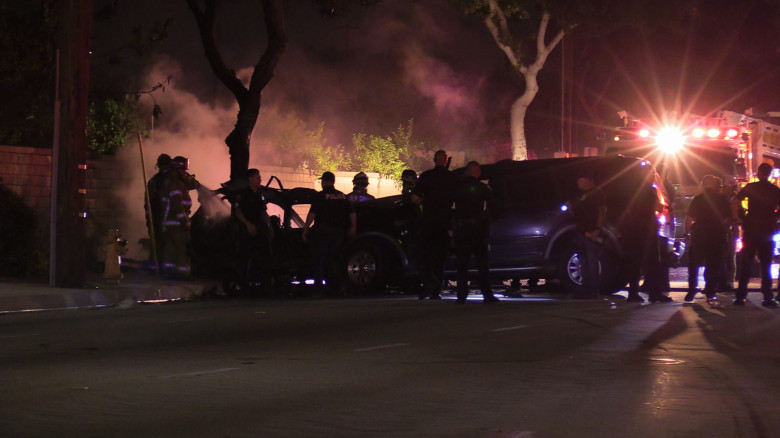 Police are reporting that shortly after 11:30 p.m. on Saturday night a 24-year-old woman driving a Lexus in Garden Grove was killed Saturday night when her car collided with an SUV, hit a tree and burst into flames.

According to police the car accident occurred when the woman driving the Lexus was headed north on Euclid Street near Westminster Avenue when her vehicle entered the southbound lane and hit a Ford SUV driven by a 60-year-old Huntington Beach woman.

The 24-year-old woman was the only occupant in the Lexus. Her name has not yet been released but will be updated here once it is.

The SUV driver had what police described as minor injuries and was taken to a hospital.