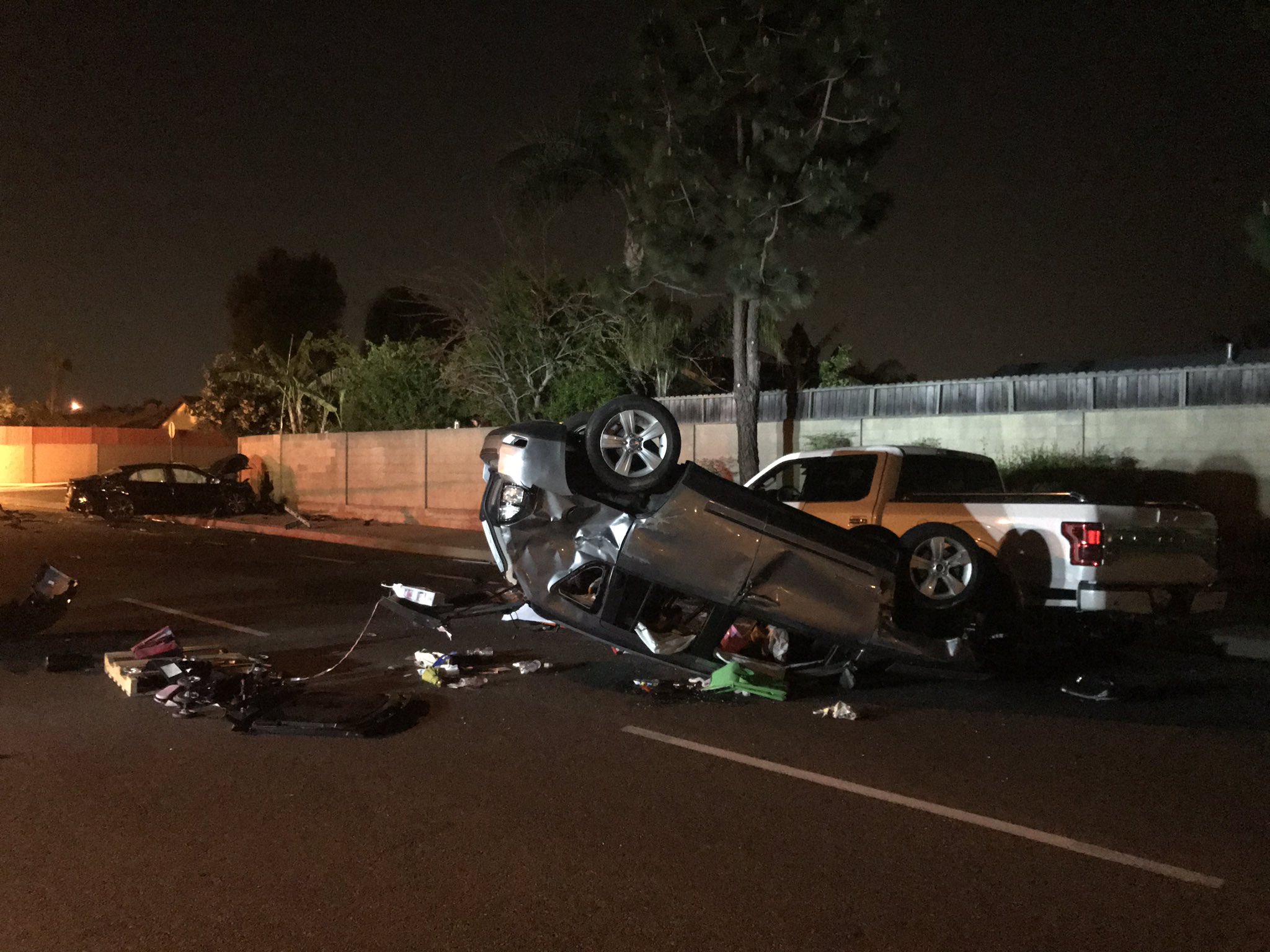 One man died and another was hospitalized following a three-vehicle car accident in Lake Forest on Sunday evening at about 7:35 p.m. at Muirlands Boulevard and Entrados Drive.

Based on initial witness accounts, it appeared the driver of the Jeep tried to drive across Muirlands Boulevard, but failed to yield to oncoming traffic, officials said.

“The Jeep struck two vehicles and rolled over, and the Jeep driver was pronounced deceased at the scene,” according to the statement.

A man driving a Toyota sedan that was struck was taken to a hospital in unknown condition, sheriff’s officials said. The driver of the pickup truck was unhurt.

The cause of the crash remained under investigation. Authorities said the intersection would be closed into the early-morning hours Monday as traffic investigators examined the scene.