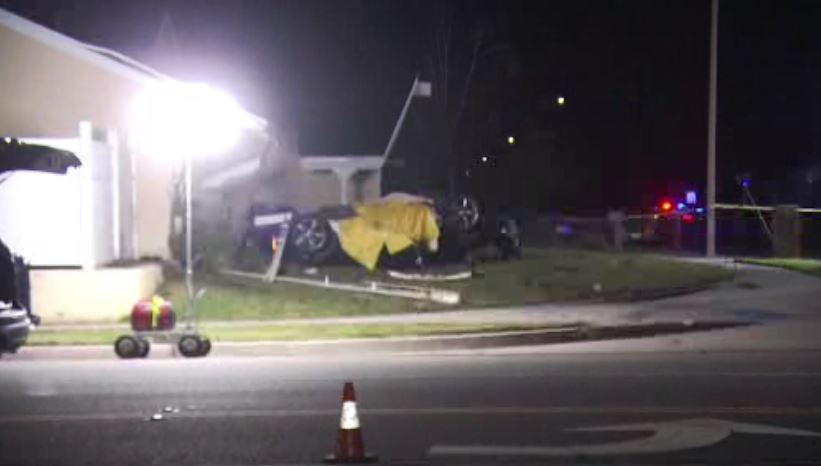 One person was killed and two others were seriously injured when a speeding car went airborne and slammed into a home in Simi Valley early Tuesday.

Simi Valley police and the Ventura County Fire Department were dispatched to the home at Sycamore Drive and Morley Street shortly after 1:30 a.m. When they arrived, they found a Nissan 350Z on its roof on the home’s front lawn. The vehicle had slammed into a bedroom, but no one inside the home was injured.

A woman inside the car was pronounced dead at the scene. Another woman in the car was severely injured. She and a man who was ejected from the vehicle during the crash were taken to a hospital. None of the car’s occupants have been identified.

Investigators have determined that speed was a factor in the crash, though it is not clear what caused the car to rollover.

There were three people inside the home at the time of the crash, but no one was in the bedroom when the car slammed into it.