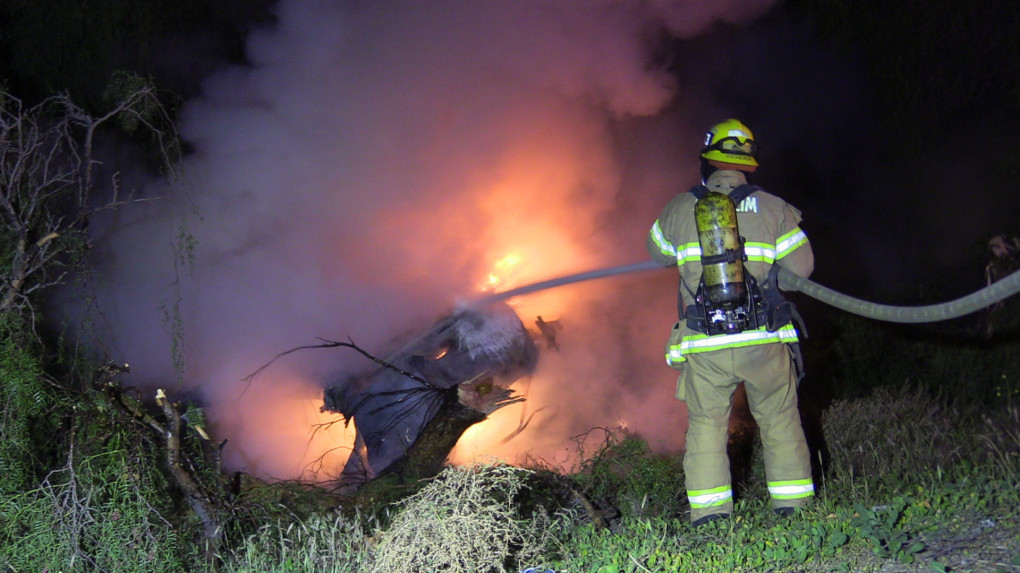 A tragic car crash occurred early Sunday morning when a vehicle left the freeway and crashed before bursting into flames killing the passenger.

First responders were dispatched to the fiery crash scene at approximately 4 a.m. Firefighters put the fire out while paramedics were seen loading at least one injured person into an ambulance.

Orange County coroner’s officials were dispatched to the scene at 5:46 a.m. and the vehicle’s passenger was declared dead.

The driver of the vehicle was arrested at 6:05 a.m. for yet to be disclosed charges. Likewise, the motorist and passengers names have not yet been released to the public.