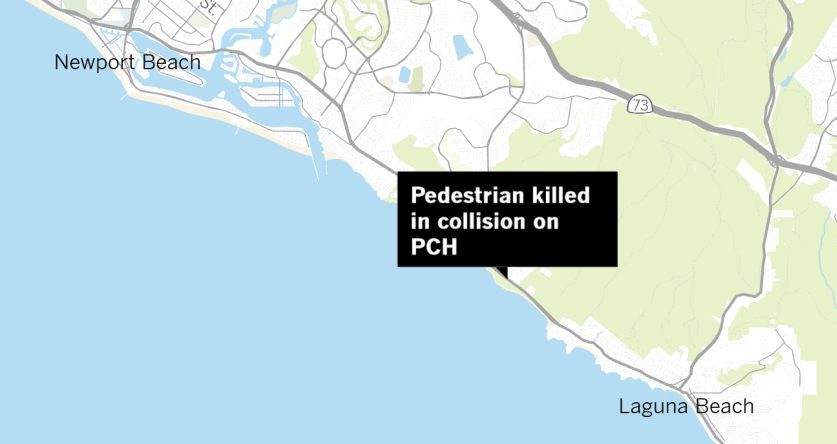 A pedestrian by the name of Brad Infanger, 41, died Tuesday after being hit by a state-owned truck near Crystal Cove State Park, police said.

A pedestrian, who was struck by an on-duty state parks officer, died at the scene, Newport police spokeswoman Heather Rangel said.

An autopsy is expected later this week, according to the coroner’s office.

The investigation is ongoing. No arrests have been made surrounding the pedestrian accident, Rangel said.

Lanes were closed in both directions for about seven hours, police said, promoting a SigAlert that ended at 5 a.m. Wednesday.