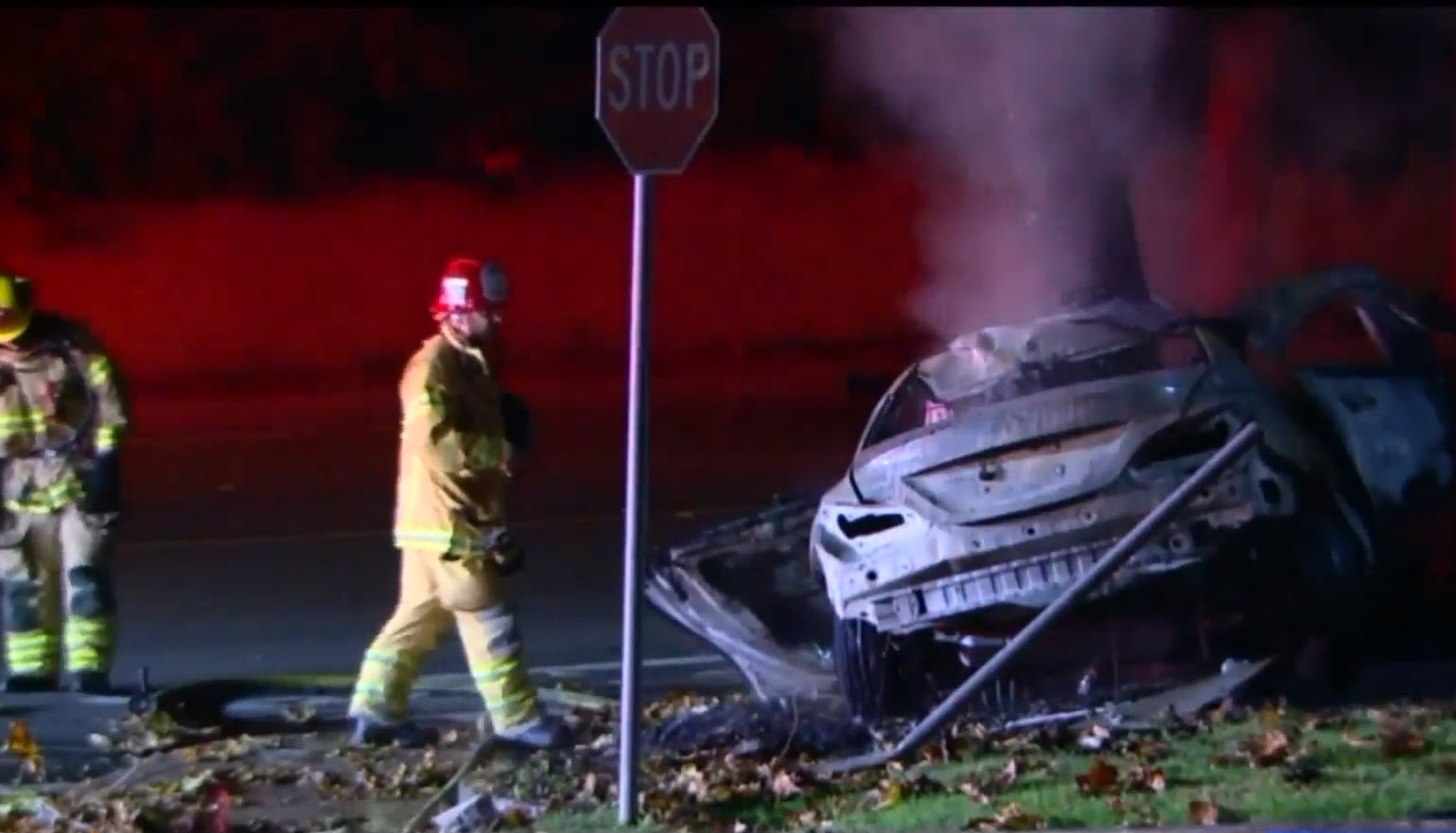 Early Friday morning was the scene of a tragic and fatal car accident that saw three young men killed and a fourth left in critical condition.

First responders arrived at the scene of the crash at approximately 1:45 a.m. at Harvard Avenue near University Drive to find a smoldering Mercedes-Benz wrapped around a tree

Three of the four people inside the vehicle were pronounced dead at the scene and the fourth person was transported to the hospital.

The occupants of the car were all young men, and the lone survivor is in critical condition.

Investigators are looking at speed as a possible factor in the crash, which occurred not far from UC Irvine. A university representative said it was not yet clear if the victims were students.