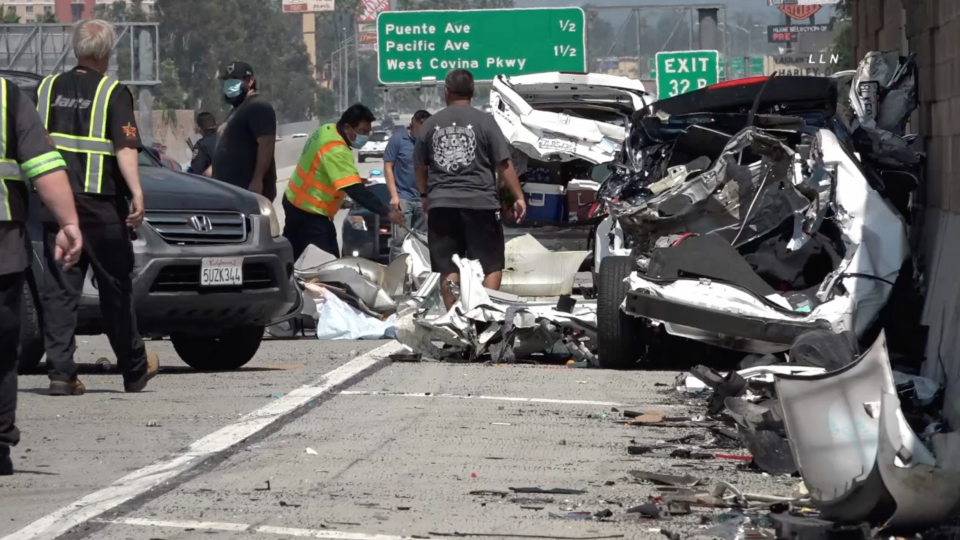 A tow truck failing to stop in time led to a tragic multi-vehicle collision in Baldwin Park Sunday, May 10, involving 20 people and leaving a 13-year-old dead.

The tow truck driver, Angel Jesus Aragon, was headed eastbound on the 10 Freeway, west of Francisquito Avenue at approximately 1:45 p.m., when he failed to stop in time for upcoming traffic. Aragon, 32, crashed into a white Toyota Corolla with one person inside.

In attempting to avoid the collision, Aragon also hit the back of a gray 2018 Nissan Murano, which was occupied by five people. The Nissan collided into the center divider wall, and a Dodge Ram crashed into the right side of the Nissan, CHP said.

A 13-year-old sitting in the right side of the backseat of the Nissan tragically died in the tow truck accident.

A white Lexus was unable to stop in time and hit the front of the Nissan Murano.

Involved parties were taken to USC Medical Center with minor to major injuries.