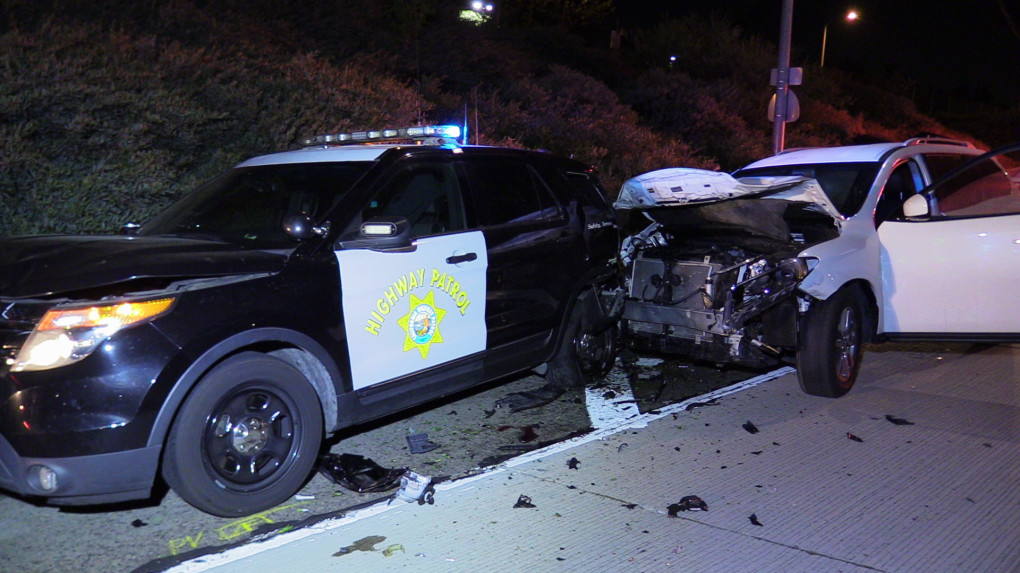 The first crash occurred at 3:36 a.m. when a Toyota Camry, which was heading north in the 55 Freeway’s southbound lanes just north of Victoria Street, crashed into a GMC Sierra.

The GMC ended up on a nearby embankment and the Camry came to a stop in the leftmost freeway lane while a Ford Expedition heading south then hit the Camry.

The driver of the Ford, Mostafa Hasanein, 23, of Orange, was taken to Hoag Hospital. The GMC’s driver, Steven Oatman, 55, of Costa Mesa, and the Camry’s occupants — driver Thong Nguyen, 25, and passenger Tri Nguyen, 25, both of Westminster — were taken to Orange County Global Medical Center in Santa Ana.

While at the hospital, Thong Nguyen was arrested on suspicion of driving under the influence.

At 3:52 a.m., a Nissan Pathfinder traveling south on the 55 hit a Nissan Sentra just north of Fair Drive, according to the CHP. The Pathfinder continued down the freeway and eventually hit one of the five CHP vehicles on the scene of the initial crash, causing it to roll into a Jeep Wrangler that was parked on the shoulder.

The driver of the Pathfinder — identified as Carlos Vega, 25, of Inglewood — was arrested on suspicion of driving under the influence and was taken to Orange County Global with minor injuries.