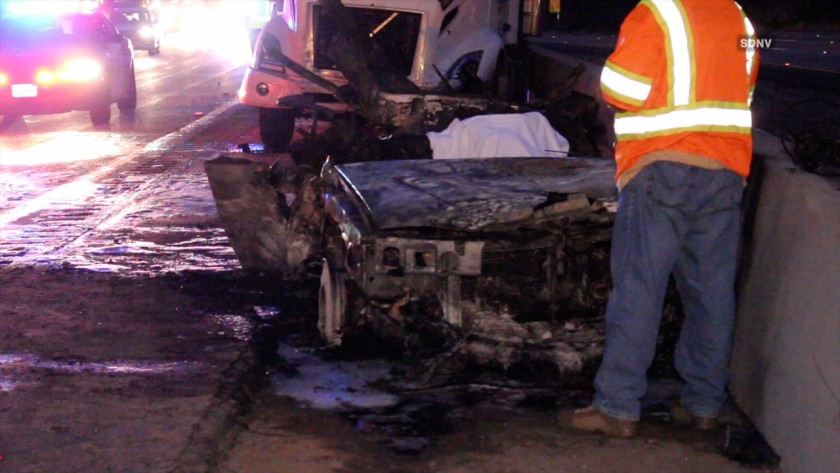 A driver who stopped in the slow lane of Interstate 5 near Camp Pendleton early Monday was tragically killed in a fiery crash when a grocery store tractor-trailer slammed into the back of the vehicle.

Police report that the big rig crash, which was happened near the Aliso Creek rest area shortly after 5 a.m., forced the closure of all southbound lanes of the freeway for about an hour and affected traffic heading into San Diego County from Orange County until after 10 a.m.

It is not currently known why the driver stopped the car in the No. 4 lane of the freeway, Officers were responding to the stopped vehicle when it was hit by the Vons big rig and pushed into the center divide.

The driver of the tractor trailer, a 55-year-old man from South Gate, was not injured.

The car was totally engulfed in flames. When firefighters put out the fire, the driver’s body was found inside. The gender of the person who was killed is not known; the body was burned beyond recognition and no ID was found in or around the vehicle.

The California Highway Patrol is currently investigating the incident. We will provide updates as names and details are released. .