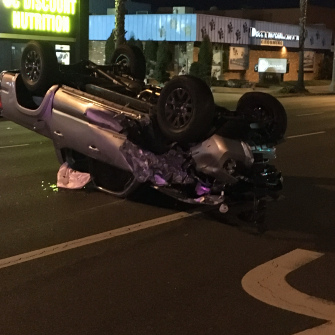 Twenty-two-year-old Herman Martinez was arrested on suspicion of DUI after a car crash early Sunday in Costa Mesa which sent a pedestrian and another driver to the hospital.

According to police, Martinez did not sustain any injuries in the incident that happened around 2 a.m. near Newport Boulevard and 19th Street when Martinez ran a red light while heading south on Newport Boulevard. Martinez struck a pedestrian on Harbor Boulevard, and collided with another vehicle before rolling over.

Costa Mesa Police did not provide details about the victims’ conditions but confirmed that nobody died in the DUI crash.