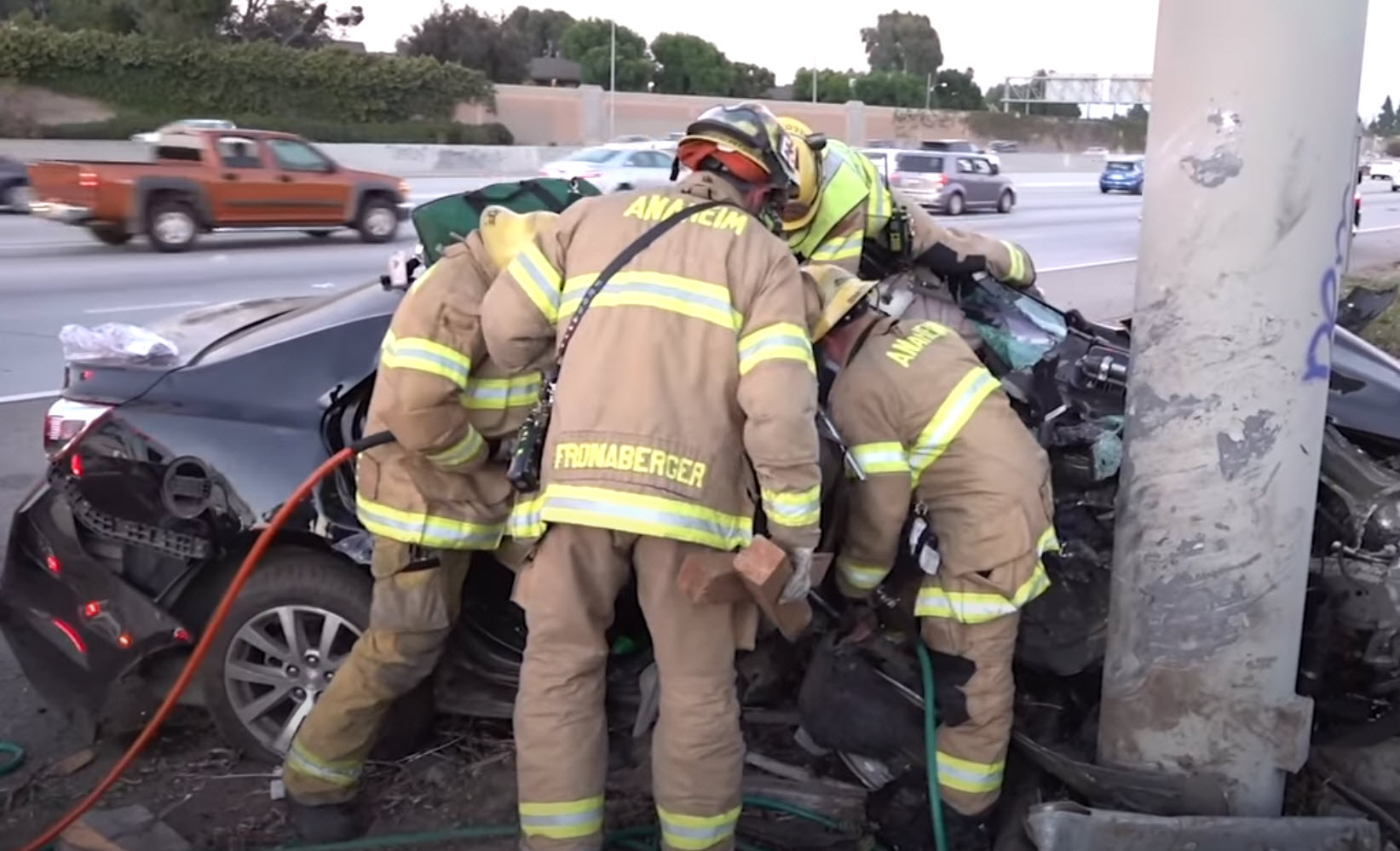 The passenger in a black Chevrolet Impala was killed and the driver hospitalized after their car hit a pole on the 5 Freeway in Anaheim on Tuesday evening, July 28.

The fatal car crash occurred around 7:40 p.m. between Brookhurst and Euclid Streets. First responders reported a tragic scene as the Chevy Impala had hit a pole supporting a freeway sign.

The 26-year-old driver of the car was rushed to a trauma center while he 19-year-old passenger of the Chevy was “extremely entangled within the wreckage,” according to police.

A firefighter was seen lying on the hood of the smashed vehicle while attempting to treat the passenger inside. Crews used pneumatic rescue tools and worked for about 25 minutes to free the passenger.

It was only after the man was pulled from the wreckage that it was determined that the tragic car accident had proven fatal.

The identities of the men involved have not yet been released but will be updated here once they have been. The cause of the fatal car crash is currently under investigation.