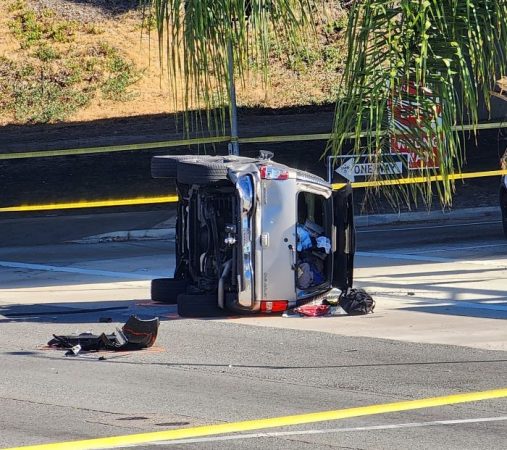 A multi-vehicle car crash in Santa Ana resulted in one of the occupants of an involved vehicle being ejected and left lying on the road. Tragically, the woman was later rushed to a hospital where she was pronounced dead.

First responders arrived to find a female occupant of one of the cars lying in the intersection. The woman was transported to a local trauma center in critical condition and was later pronounced deceased.

Additional occupant(s) from the decedent’s vehicle fled the collision scene. It is unknown at this time if alcohol and/or drugs were a factor in the fatal car crash. The other driver involved in the collision remained at the scene and cooperated with investigators.